When the O.G. arrives, the wannabes should watch and learn. In this case, the original SUV brand is Jeep, and it just jumped into the booming market for family-carrying vehicles with three rows of seats.

New from the ground up, Jeep’s 2021 Grand Cherokee L redefines one of the biggest and most popular classes of family vehicles with a winning combination of room, comfort, capability and features.

But with prices starting at $36,995 — $38,995 for four-wheel drive — the Grand Cherokee L competes with the mainstream family haulers, not Land Rover’s more expensive luxury lineup.

The Grand Cherokee L is Jeep’s first attempt to build a three-row SUV since the boxy Commander flopped more than a decade ago.

The existing five-passenger Grand Cherokee is immensely popular. Its combination of luxury, brand appeal and off-road ability has made it a pillar of the Jeep brand second only to the Wrangler since it debuted as a 1993 model. Despite that success, the lack of a three-row model locked Jeep out of 75% of the market for midsize/family SUVs, which has boomed in recent years. Jeep expects the Grand Cherokee L to win lots of new customers, and retain some who left the brand for a three-row SUV.

Other than engines and transmissions, just about every nut and bolt in the Grand Cherokee L is new.

Its 121.7-inch wheelbase is 7 inches longer than the outgoing five-passenger Grand Cherokee. The L’s 204.9-inch overall length is 15 inches more, with the extra room improving second row space and comfort and creating a third row adults over 6 feet tall can use without undue difficulty.

The Grand Cherokee L’s wheelbase and overall length are greater than all the family haulers I’ve named, but nearly 6 inches shorter than a Chevrolet Tahoe.

The Grand Cherokee L also has a raft of new features for comfort, connectivity, safety and driver assistance.

Despite the extra size and added features, Jeep engineers kept the Grand Cherokee L’s weight under control, through extensive use of aluminum for parts like hood, tailgate, suspension links and shock towers. The loaded 4×4 Overland I tested weighed shy of 50 pounds more than a small V-8 4×4 Overland model of the previous generation.

Weight is vital because it affects fuel economy and off-road ability: The more weight, the harder it is to scramble over boulders or out of a bog.

Jeep, which is part of Stellantis, the newly formed automaker that includes the old Fiat Chrysler brands and French-based Peugeot, Citroen and DS, builds the Grand Cherokee L in a sparkling new assembly plant in Detroit. It is next door to the building that currently assembles the old two-row Grand Cherokee and Dodge Durango. The new $1.6-billion plant will add production of a new five-seat Grand Cherokee based on the same new platform — and offering many of the same features — as the bigger L later this year.

I drove a loaded 4×4 Grand Cherokee L Overland from downtown Detroit over a variety of highways and twisting country roads. I also spent a couple of hours off-roading over boulders, around trees and other obstacles at Chrysler’s proving ground near Chelsea, Mich. My truck had the optional 5.7L Hemi V8,which produces 357 horsepower and 390 pound-feet of torque. A 3.6L V6 that produces 293 hp and 260 pound-feet is standard. There’s no diesel, though it wouldn’t be a shock if Jeep adds one.

A hybrid seems less likely, though a plug-in hybrid version of the new five-passenger Grand Cherokee will be available later this year.

An eight-speed automatic transmission is standard on all Grand Cherokee Ls.

My GCL had the more advanced of Jeep’s three 4×4 systems, Quadra-Drive II with a rear electronic limited-slip differential. That combination proved immensely capable off road, and was surprisingly smooth and quiet on the highway.

There was very little road noise, despite the Overland’s big 20-inch tires. The steering was light and precise on road, with a firm on-center feel.

The drive-mode selector offered settings including sport and various types of off-road challenges. The air suspension lowered ride height at speed in sport setting, contributing both to handling and a lack of wind noise.

The suspension kept the long SUV stable on twisting roads. There wasn’t much body roll in turns, and very little dive or squat in hard breaking and acceleration.

None of the competing three-row SUVs can match the Grand Cherokee L’s off-road capability.

The Overland I tested scrambled up steep piles of boulders and crested hills and mud pits that also test smaller and lighter vehicles at Chrysler’s proving ground. The low range of gears and electronically controlled transfer case and differential managed power smoothly, carrying me to the top without a moment’s slippage.

At the peak, the new forward-facing camera paid off. I couldn’t see anything but sky through the windshield, but the camera showed me exactly where to aim the wheels to stay on the trail. More electronic controls provide hill descent control so I never had to touch the brake pedal going back down.

The Grand Cherokee L can ford up to 24 inches of water, 4 more than the previous Grand Cherokee. The GCL’s extra length will rule out some off-road trails with particularly tight turning radii for boulders and trees, but with its side mirrors folded, the new SUV is actually slightly narrower than the old model. I was surprised at how tight some of the gaps I made it through were.

At the end of the day, vehicle line executive Tom Seel had one last trick up his sleeve: the camel humps, a series of parallel 14-inch concrete humps and dips to test the vehicle’s suspension and drivetrain. The Grand Cherokee L negotiated them with ease, tipping up and down, one wheel high in the air while its opposite number was 14 inches below the road surface.

The Grand Cherokee L’s extra length improves space in the second row of seats — 2 inches of extra legroom — as well as creating the new third row. The standard bucket seats — bench optional — slide up to 7 inches to adjust legroom.

In addition to the usual console between the front seats, an optional second-row console has cupholders and storage. Passenger space benefits from subtle tailoring of the dash and doors to increase interior width without making the vehicle broader.

Headroom benefits from a climate control system that replaces ceiling mounted vents with face-level ones in the window pillars. A big dual-pane sunroof that opens above the roof rather than between roof and headliner also increased headroom. An available “family view” camera provides a bird’s-eye view of the passenger compartment to referee squabbles and spot lost toys. The matching available 360-degree outside view provides the same perspective for parking.

The interior also benefits from handsome themes that include “Tupelo,” a warm, honey-colored combination of leather and open-pore waxed walnut wood.

Renault-Nissan rejig how they deal with Daimler partnership - resources

Fri Jun 25 , 2021
The logos of automobile suppliers Nissan and Renault are pictured at a dealership Kyiv, Ukraine June 25, 2020. REUTERS/Valentyn Ogirenko/File Picture Alliance-amount job in charge of Daimler ties to be scrapped Firms to manage relations with Daimler bilaterally Partnership has not satisfied preliminary hopes, but nevertheless has assignments PARIS, June […] 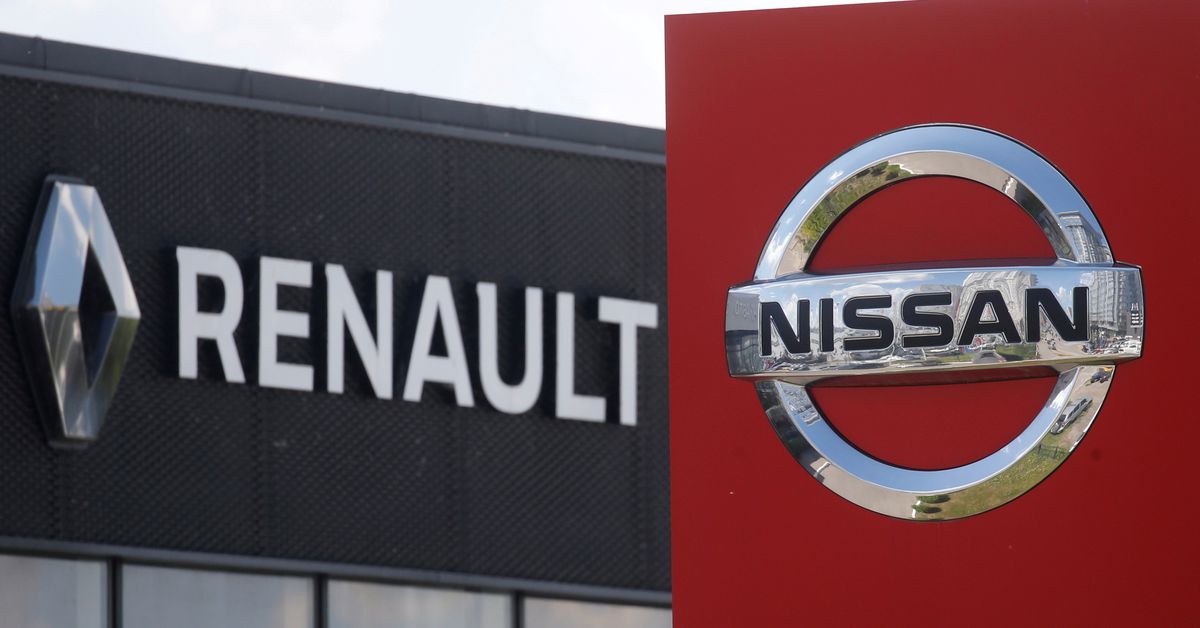