Not too long ago, Tesla TSLA was the only notable name in the electric vehicle (EV) space. Nevertheless, over the last couple of years, considering heightening climate concerns and Tesla’s massive success, legacy automakers have started pouring billions of dollars to electrify their portfolio. Pure-play EV startups have also been on the rise as investors seem to be intrigued by automakers who are fast changing their gears to electric.

Among the nations, China is the world’s biggest EV market that is currently backed by government stimulus measures and advancement of the EV charging infrastructure owing to state-of-the-art technologies. Importantly, the country projects EVs to account for 25% of new car sales by 2025, as opposed to just around 5% currently. China Passenger Car Association projects new energy vehicle sales in the country to hit 2.4 million units this year, indicating an increase from around 1.3 million units in 2020.

Amid this booming e-mobility landscape in the nation, let’s see how the popular China-based EV players including NIO Inc. NIO, Li Auto LI, and XPeng XPEV are faring. Each of these three EV makers posted improved year-over-year results for second-quarter 2021. But are these stocks attractive investment options at the moment?

NIO, being dubbed as the “Tesla of China”, is indeed a more popular name when it comes to China-based EV makers. ES6, ES8, and EC6 models are enhancing the firm’s prospects. Next year, the firm intends to deliver three new products based on NIO Technology Platform 2.0, including the ET7 model. We like the firm’s battery swapping technology, expansion efforts, and efforts to make headway into autonomous driving. NIO has taken the driverless technology game a notch higher with the Aquila NAD (NIO Autonomous Driving) system.

Li Auto currently has only a single offering, an e-SUV named Li One, which is equipped with an onboard gasoline generator that supplements battery and acts as a range extender. The company continues to capitalize on the growing demand for EVs by expanding its retail store footprint to 97 stores that are operational across 64 cities along with 167 servicing centers. However, in terms of automated driving technology, Li Auto seems to be lagging behind NIO and XPeng.

As for XPeng, the firm’s key EV models include G3 SUV and P7 sedan. Its third mass-produced model, the P5, equipped with LIDAR technology and XPILOT 3.0, will be officially launched in China this month, with deliveries commencing in fourth-quarter 2021. As of Jun 30, 2021, XPeng operated a total of 200 stores and 64 service centers, spanning 74 cities. The company is indeed making considerable progress in the AV space.

As far as the Zacks Consensus Estimate for 2021 sales growth is concerned, XPeng takes the lead. The consensus mark for XPeng’s 2021 sales implies year-over-year growth of 188%, while that of NIO and Li Auto indicates a 119% and 89.4% improvement, respectively.

Before evaluating which/any of these stocks are worth buying, let’s glance through their recent quarterly reports to get a clearer idea of their key financial metrics.

While strong deliveries aided top-line growth of NIO, Li Auto, and XPeng, escalating operating expenses as well as cost of sales resulted in net loss for the firms in second-quarter 2021.

Clearly, balance sheet strength is tilted toward XPeng. As for operating cost, it is flaring for all three companies and the trend will continue amid new products and technologies launch, expansion initiatives along with marketing activities.

While all the firms have provided an upbeat outlook for the third quarter, year-over-year growth expectation for Li Auto’s third-quarter deliveries and revenues is more impressive.

So, ultimately, which is the stock that you should be placing your bets on? Well, each of these stocks seems pretty expensive at the moment. On the basis of the forward 12-month price-to-sales ratio, NIO, Li Auto, and XPeng are trading at 7.67, 6.33, and 9.49, respectively, versus the industry’s 0.60. While XPeng currently carries a Zacks Rank #3 (Hold), NIO and Li Auto are currently Zacks Rank #4 (Sell) firms. None of these stocks display a favorable VGM Score. While NIO and Li Auto carry a VGM Score of D, XPeng carries a VGM Score of F.

None of these companies have managed to turn a profit yet, as rising operating costs and R&D expenses are weighing on their margins. NIO, Li Auto, and XPeng — which are relatively new players — are also facing tough competition from EV behemoth Tesla, which is the leader in the China EV market driven by ramped-up production at Shanghai gigafactory. Additionally, the prevailing shortage of semiconductor supply — which has already started affecting production in China — remains a near-term headwind for all these firms. Thus, it’s not recommended to invest in any of these stocks now. You can see the complete list of today’s Zacks #1 Rank (Strong Buy) stocks here.

A massive push to rebuild the crumbling U.S. infrastructure will soon be underway. It’s bipartisan, urgent, and inevitable. Trillions will be spent. Fortunes will be made.

The only question is “Will you get into the right stocks early when their growth potential is greatest?”

Zacks has released a Special Report to help you do just that, and today it’s free. Discover 7 special companies that look to gain the most from construction and repair to roads, bridges, and buildings, plus cargo hauling and energy transformation on an almost unimaginable scale.

Download FREE: How to Profit from Trillions on Spending for Infrastructure >>

Thu Sep 2 , 2021
A Florida resident went viral on TikTok right after a snake took a liking to her windshield and she struggled to get it off. Previously this thirty day period, Abbey Rostron uploaded a series of videos of TikTok exhibiting a modest snake that she located on her vehicle that led […] 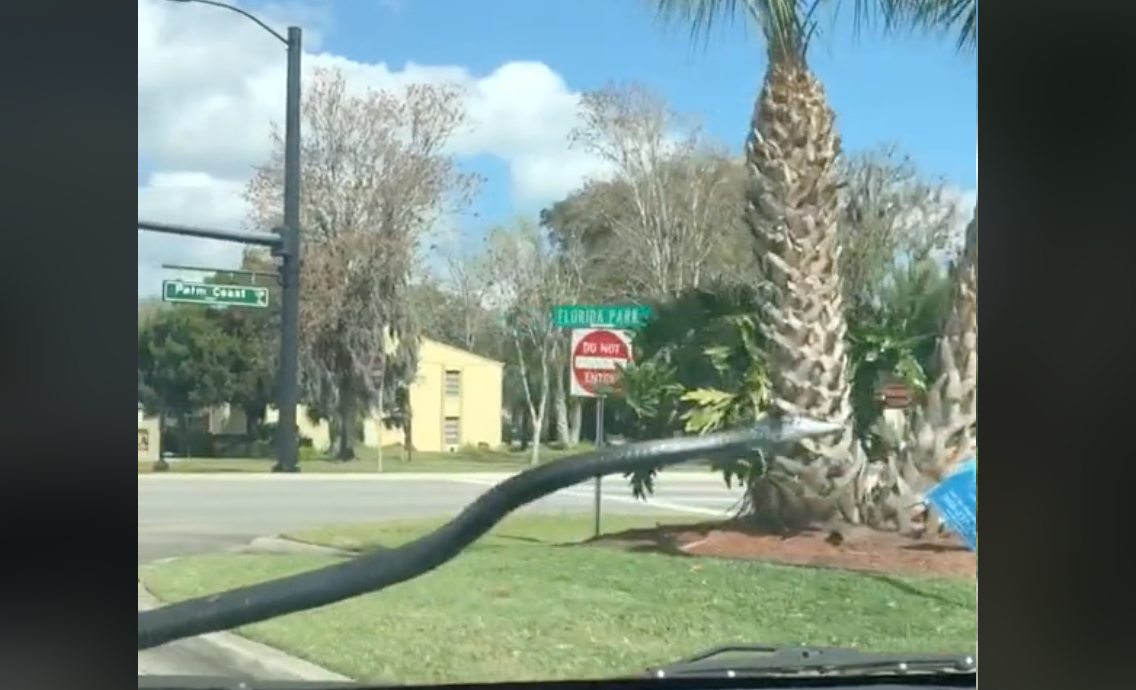