TIMMONSVILLE, S.C. – Florence Motor Speedway is gearing up for the IceBreaker Saturday, its first NASCAR-sanctioned event in more than 20 years.

The stars of the NASCAR Advance Auto Parts Weekly Series will compete in the prestigious IceBreaker, which has relocated to Florence Motor Speedway after being hosted at Myrtle Beach Speedway since 2016. Past winners of the event include Tommy Lemons Jr., Lee Pulliam, Timothy Peters, Ty Gibbs and Sam Yarbrough.

Florence Motor Speedway track owners, Steve Zacharias and Savannah Brotherton, made the move to operate the .400-mile asphalt oval after Myrtle Beach Speedway shutdown in the summer of 2020. While Zacharias, Brotherton and staff packed the grandstands as they hosted several extremely successful events last season at Florence, the IceBreaker will kick off the track’s first full year under new ownership and the NASCAR banner.

As of Wednesday, the entry list features 28 Late Model Stock Car drivers, but Zacharias is expecting to have about a total of 30 or 35 drivers competing in the 125-lap race. He’s also expecting stout fields in the support divisions, too.

“I’m just excited for our guys to be able to go out there and race, whether it is against the National Championship guys or going for the State Championship,” Zacharias said. “It’s something that I think has been a long time coming for Florence, and I really think that it puts a good start to 2021 for us by having that (NASCAR) branding on us.”

Over the decades operating as a non-sanctioned track, Florence Motor Speedway has developed its own local stars, but now the Pee Dee region drivers will have the opportunity to compete against some of the most talented drivers that the NASCAR Advance Auto Parts Weekly Series has to offer.

“Anthony Adams and Averitt Lucas, they’re finally getting to prove their selves to the world going against Josh Berry, Ryan Millington, and Brandon Pierce,” Zacharias said. “I know that Chad McCumbee will be there. Matt Cox is going to be running. It’s kind of cool to see the guys that have run Florence for so long get to kind of merge in and proves themselves and say hey, we’re not low on the totem pole here. We’re able to keep up with you guys.”

Chad McCumbee, who was a regular competitor at Myrtle Beach Speedway, has followed the Zacharias and Brotherton to Florence. McCumbee has already proven that he will be a top competitor at Florence and that he will compete for wins. McCumbee is entering the IceBreaker coming off a 10th-place finish in the Grand Sport class in the Rolex24 at Daytona International Speedway. McCumbee competed for PF Racing in the 59th running of the prestigious IMSA event.

“Fortunately, I’ve been doing this so long now that I’m used to it, but you do certainly switch gears in your brain,” McCumbee said about switching back and forth between sportscars and NASCAR Late Models. “It is a different discipline. Even though the end result and goals are the same, you certainly reach those goals in different ways. At this point, it’s kind of like just getting in something that I’m used to when I go back to the stock car stuff, and it’s usually not too big of a transition.”

Berry finished runner-up to Ty Majeski in the South Carolina 400 last November at the track. Berry says that Florence has a lot of character and although there are two grooves, the winner of the race will need to keep the car glued to the bottom of the track next to the inside wall in the turns.

“Florence is a pretty cool track, actually. It has got a lot of character, and it seems fast in multiple grooves, so it was one of the more fun places that I’ve been.”

Berry continued and said, “It definitely seems like there are two grooves,” Berry said. “You can hold somebody off on the top for a little bit, but really, it seems like when it comes down to it, the car that wins is going to be the car that can run the bottom the whole time.”

Ryan Millington finished out the 2020 season third in the NASCAR Advance Auto Parts Weekly Series Division I national standings, the highest effort of his career. He even captured the track championship at Hickory Motor Speedway during the impressive season, but Millington has never competed at Florence . Over the off-season, the North Carolinian tested at the track located in Timmonsville, South Carolina.

“Florence is probably one of the most different tracks around here,” Millington said. “A lot of these places are kind of very similar, but Florence is an odd shape. It has kind of short straightaways and long, sweeping corners. It’s really a different beast.”

Millington intends on competing for the national championship once again, but he will first have to outrun the stout competition this weekend at Florence. Historically, this race attracts the drivers who will be at the top of the standings at the end of the season. Millington is hoping that his Harrington Enforcer motor will help propel him to Victory Lane.

“This one is going to be tough,” Millington said about the IceBreaker. “We’re going down with a Harrington Enforcer motor, and a lot of people will probably end up having that (GM) 604 motor with weight break, which is going to be really tough to run with down here in a long race. We’re just going to have to see how it goes. We’re just hoping for a good night and everything, but to pop off a win with this motor will be tough, but I definitely think that it’s possible.”

Florence Motor Speedway will host rotating practice on Friday, February 5. Saturday’s schedule will be packed with practice and qualifying before the features get underway. The Late Models will kick off the day with a 125-lap feature, followed by Mini Stocks (40 laps), Street Stocks (35 laps) and Super Trucks (75 laps). The green flag will fly at 12:30 p.m.

Biden's EV charging thrust could increase automakers having on Tesla 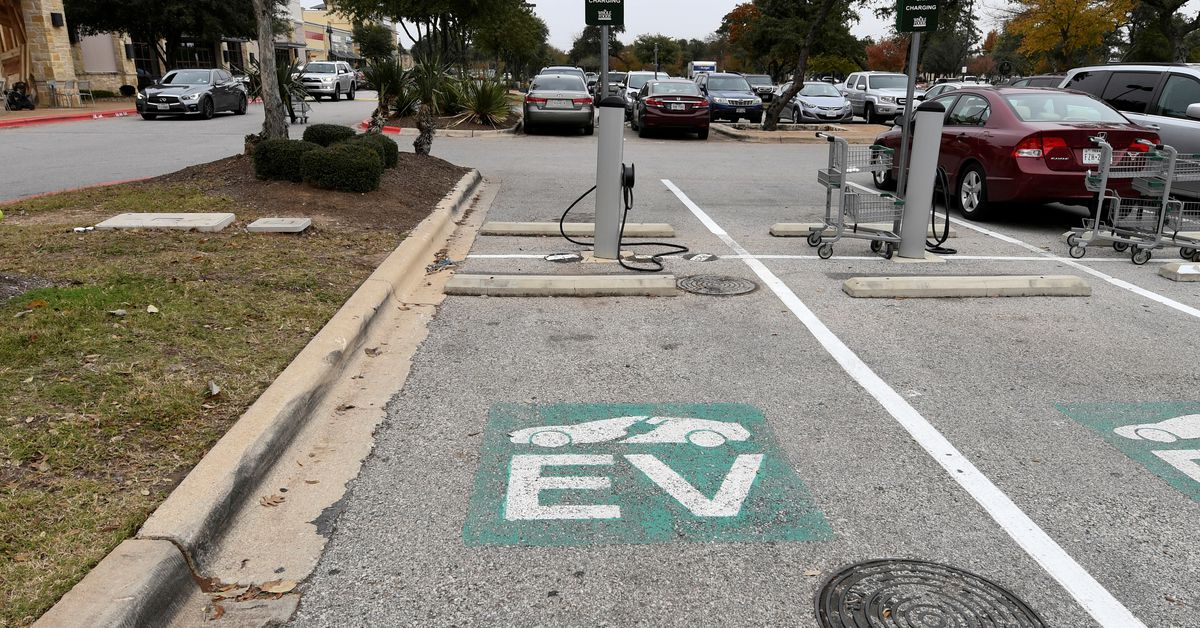