If stories like this are important to you, please consider subscribing to FLORIDA TODAY. To subscribe: https://cm.floridatoday.com/specialoffer/

This past week, in the wake of the collapse of the Champlain Towers South in Surfside, Emory said the pace changed to five or six calls a day from both current clients and potential new ones.

“Everyone wants assurances that they’re not in an unsafe position,” Emory said.

Space Coast condominium associations depend on companies like the one Emory owns — Keystone Engineering and Consulting — to find structural issues that need repairs. That’s because there are no local requirements for such inspections.

“There’s no such thing as a city structural inspection,” said Cocoa Beach Mayor Ben Malik, who represents a city with a number of high-rise condos. “We don’t have the resources or the capacity to do that,” with Cocoa Beach employing one building inspector — who is not an engineer.

Similarly, the Brevard County Building Department does not conduct routine follow-up inspections after a certificate of occupancy is issued, according to the county’s communications director, Don Walker.

However, unsafe structure and other life/safety issues are investigated when reported to the county’s code enforcement staff, Walker said.

More:Condo collapse mystery: Why did the building fall in Surfside? Investigation could take years

“We do multiple inspections during construction, but once a certificate of occupancy has been received, we cease inspections unless someone calls us with concerns,” Walker said. “In that case, we will go out to inspect.”

Walker said Brevard County officials have begun meeting to discuss what steps, if any, the county might take to increase the oversight of building inspections.

Emory said he is aware that county and municipal building inspectors have been doing proactive visual inspections of buildings in Brevard during the past week to see if they spot any obvious signs of trouble.

Walker said county officials are looking for ways to help assure that what happened in Surfside would not happen in Brevard County. For example, Walker said the county will research whether fire inspectors — who do fire inspections of properties every year — might be able to get specialized training, so they can be better able to spot potential structural safety issues during their fire safety inspections.

Also, the county is considering doing a special inventory of buildings over a certain age as a first step to determine whether older buildings might be overdue for inspections, thus more vulnerable for structural problems.

County officials plan to resume their discussion about ways to improve inspections later this month.

Emory — who has owned Keystone Engineering for 18 years and has been in the industry a total of 30 years — recommends that condo associations have a full-scale inspection done within 20 years after the building in completed, then every five to seven years after that.

“Forty years is far too long to wait,” Emory said, referring to the inspection requirements in Broward and Miami-Dade counties for recertification.

But, he added, other parts of Florida don’t have the “hard-and-fast rules” that those South Florida counties do.

“It’s more of a self-managed situation in Brevard County,” said Emory, whose company has completed about 400 condo restoration projects in an area stretching from St. Johns County to Indian River County.

Emory said many local condo associations do the first comprehensive inspections after 20 years or less, especially beachside, where the salty environment can accelerate rust and other potentially hazardous conditions in buildings.

“Everything here just rusts,” Malik said. “The price to live by the ocean is the corrosive nature of the sea air.”

And that’s before any required repairs are done. Emory believes part of the reluctance of some condo boards to schedule routine inspections is that they fear they might uncover the need for costly repairs.

With increases in the costs of building materials and the shortage of construction labor, Emory said, the cost of a condo renovation project may be 30% to 40% more than it was three years ago.

Roger Kesselbach, president of the Space Coast Community Association, which has 268 condo associations as members, said he would like to see the state require, at minimum, structural inspections of beachside condo buildings more than three stories tall within 20 years of occupancy, then every 10 years after that.

But, she emphasized that “what we’re not going to do is have a knee-jerk reaction.”

Instead, Mayfield wants state legislators gather as much information as they can — including the findings of the investigation of the causes of the collapse — before considering any changes in the regulations.

“First, we have to know what all the facts are,” Mayfield said.

Versailles Sur La Mer is a four-story building with an underground enclosed parking garage, supported by a steel I-beam superstructure system. The 24-unit complex was built in 1981.

Hurricane Irma’s winds battered the oceanfront complex in September 2017. The next month, a county inspection revealed “substantial deterioration and damage” through the entire building that appeared to have been exacerbated by Irma’s winds.

“Structural steel I-beams in the garage supporting the upper stories were observed to have substantial corrosion and rust, some to the point that the ability for these beams to resist natural and artificial loads imposed upon them is in question,” Brevard County Chief Building Official Michael McCaughin said, in an unsafe-building notice.

Occupants were ordered to leave the premises — and they would not return for nearly 3½ years.

Amanda Elmore, assistant director of the Brevard County Planning and Development Department, said she was not aware of a similar situation in recent Brevard history.

But, during discovery, “Lexington uncovered hundreds of thousands of pages of records that revealed the extent of the building’s preexisting structural deterioration,” according to a case summary by Mound Cotton Wollan & Greengrass LLP.

Both parties reached an undisclosed settlement in May 2019. Repair work remains ongoing.

“I’m glad to be back home,” said Janet Forney, condominium association president. She became president in 2018, and she is the building’s lone year-round resident.

This past week, workers labored installing new white oceanfront balconies along the south side of the building. Painters are working on the exterior facing State Road A1A.

Forney declined to disclose fiscal details of the building restoration project, and she said the association will follow a schedule for future maintenance.

Emory said work his company oversaw there amounted to more than $3 million.

Forney said the work also is modernizing the 40-year-old complex, including hurricane-resistant windows that are tinted to avoid distracting nesting sea turtles.

“Everybody is happy to be returning now,” Forney said. “This is where they love to be. The ocean is where they chose to be — and now they’re glad they can actually start to enjoy it the way they did before.”

In another incident in Cocoa Beach, in 2013, a concrete balcony at the nine-unit Villa Verde condominium building collapsed.

Estimated at 15,000 pounds, the cantilevered third-floor balcony gave way without warning and slammed into the unoccupied balcony area below, dangling from its steel reinforcing bars.

‘You’ve got to do it right’

Emory said there are telltale visual clues signs that a building needs work — pieces of concrete falling off the building or exposed corroding rebar, for example.

“We beat it into their heads that they have to have these complexes inspected,” Kesselbach said. “We tell them to put it in the budget. If you live on the beach, you’ve got to be concerned, with the saltwater air. You’ve got to do it right. An inspection is always cheaper than having a balcony fall down.”

Emory said he expects more regulation in Florida of inspections in the future after the Surfside building collapse.

“I think you’ll see this create a whole other layer of requirements for buildings — and rightly so,” Emory said.

Malik, the Cocoa Beach mayor, agreed that there likely will be changes coming.

“I think it’s going to be like a Hurricane Andrew moment,” Malik said. “The state will step in and trigger meaningful building code changes.”

Sat Jul 3 , 2021
Pixel Reed, PID Games The latest rendition of Steam’s annual Summer Sale has been underway for about a week now, and, as usual, it’s discounted virtually everything on the PC games store. But while the Halos, Grand Theft Autos, and other mega-hits of the world may get the most front-page attention, the sheer breadth […] 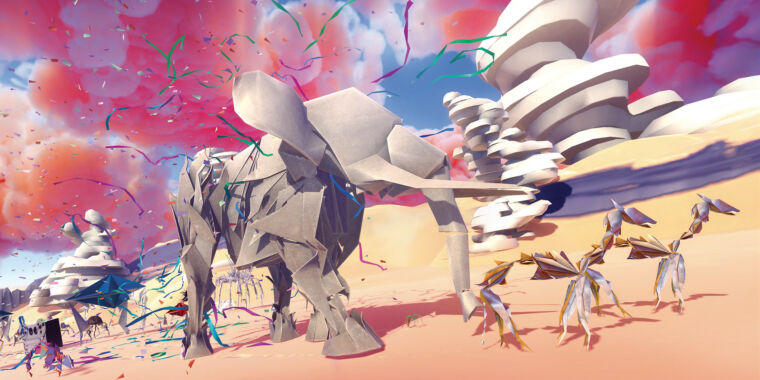