When you own an enthusiast car, there are few events more nerve-wracking than the introduction of its successor. Should you upgrade? Is it worthwhile? What will it cost you to part out your mods and trade up? Well, there’s good news for owners of the outgoing Scion FR-S, Toyota 86 and Subaru BRZ who are considering an upgrade: You might not have to start with a clean slate.

If you’re an owner (or even a casual fan) of the Subaru BRZ/Toyota 86 family of sports coupes, you’re probably already aware that the 2022 models are more like aggressive overhauls than true, ground-up redesigns. Neither company really wants to put a spotlight on the fact that their coupes are a little less “all-new” and a little more “back and better than ever,” but in our opinion, this is something Subaru and Toyota should embrace.

Why? In a word: continuity. Look no further than the NA (1989-1997) and NB (1999-2005) Mazda Miata. While they are regarded as distinct generations (the NA defined by its pop-up headlights and simpler lines; the NB by its fixed lamps and swoopier styling) and were offered with different equipment packages, the fundamental underlying chassis remained relatively unchanged. This meant that, in many cases at least, buyers could trade up to a new model but bring along some of their factory and aftermarket accessories because they’d still fit.

The BRZ and GR 86 are meant to be fairly bare-bones vehicles, the idea being that they appeal to those who want limited frills at a low cost and those who prefer to view cars as canvases rather than finished masterpieces. A long-running platform makes an excellent candidate for the latter type of car buyer. So, what does that mean for the 2022 BRZ and GR 86? Well, let’s break it down by what’s truly new, what’s kind-of-new, and what’s essentially carry-over, with some guidance from Subaru and Toyota engineers.

Let’s start with the obvious: the styling. Even if you can find older aftermarket appearance kits that will fit the new BRZ and GR 86 on paper, they probably won’t bolt up nicely to the new cars due to their sleek new exterior designs. Wings and spoilers might still bolt up, but don’t count on it, and they’ll probably look disjointed at best anyway.

The 228-horsepower mill now nestled in the front subframe has the same footprint and general dimensions as the old engine (it had to fit in the same space, after all), but keep in mind that the increase in displacement brings other internal changes. At its core, the FA24D (the engineering code for the twins’ 2.4-liter boxer engine) is just an evolution of the FA20D (the 2.0-liter engine it replaced), but it gets a larger bore diameter (94 mm vs 86), hence the increased displacement. The stroke remains identical at 86 mm (and no, that number isn’t a coincidence), but plenty more changed.

“The engine mount attachment points have been moved from the cylinder block and the cross-rib shape has been optimized and with added rigidity for high-g cornering,“ a Toyota spokesperson said.

Which brings us to our next item. This is really only relevant to a subset of BRZ and GR 86 customers, but it’s worth pointing out. The FA24D’s oil pickup system was engineered to the same standards as the FA20D’s. Owners may be aware that the FA20D’s oil pickups can become starved during sustained, high lateral-g maneuvers – what you’d get from pushing the car hard at the track on super-sticky rubber.

Autocrossers may encounter this issue with more extreme builds, especially on faster courses with long, sweeping turns; drifters don’t typically want their cars to stick well enough for this to matter. The short version: This is something for amateur time attack and club racer types to research before throwing on r-compounds.

There’s more good news here than bad, though. All of these changes resulted in a car that is not only quicker than the one it replaced, but much more refined and easier to live with.

“The engine mount is now aluminum, which reduces the vibration transmission ratio through the steering column,” Toyota expanded. “The damping characteristics of the liquid-filled engine mount (rubber body) were also changed to minimize vibration. For the engine block, iron-base sintered journal pieces were casted for the #1 and #5 journals (front and rear) to suppress grating vibration and noise, and a resin rocker cover has been adopted, reducing both vibration and weight.”

And those are just the items that contributed to NVH improvements. There are more differences than we’d want to get into here. Suffice to say, you shouldn’t expect to move any internals over from a previous build, but then you probably wouldn’t try to do that anyway. This matters more to aftermarket parts suppliers, who will likely have to go back to the drawing board if they want to sell internal components for the FA24D.

The front suspension was also revised to accommodate a new steering system, but not extensively enough that it should make a difference in parts fitment. The 2022 model’s electric-assist power steering (EPAS) was completely overhauled, which may impact the clearances of front-end chassis components. Even suspension bits that do mount up may not feel as great with the new, more-refined steering setup.

“The new EPAS system has a whole new integration,” Subaru told us. “The mounting rigidity of the steering gearbox was increased via harder bushing and increased joint rigidity by increasing washer thickness.”

Tread lightly in the interior as well. While most items probably bolt to the same mounting locations, some mounts and brackets may be new or revised.

Not really new at all

For our purposes, this is essentially “just about everything else.” Subaru and Toyota stuck to 17- and 18-inch wheels for the 2022 models, which should make for easy carry-over of wheel, tire and brake upgrade options from the previous-gen cars.

Add to this list many suspension items, which Subaru says “should bolt right up,” at least for the most part. But bear this in mind: Toyota and Subaru employ different suspension tuning (and always have, going all the way back to 2013) and while the new cars may be dimensionally almost identical and weigh about the same, small changes can (and will) make a tangible difference in how a car feels.

We strongly recommend listening to aftermarket fabricators and dealers when it comes to outfitting your car with parts that weren’t designed with your particular car in mind. Just because something ostensibly fits doesn’t mean it’s the right solution for your car (or ultimately your budget). Take this guide with a grain of salt and evaluate each purchase (or non-purchase, if you’re thinking about swapping over parts you already own) on a case-by-case basis.

Looking back again at the NA and NB Miata, we already know just how valuable this level of continuity can be; here’s hoping it helps contribute to the already-thriving BRZ and 86 community.

Sun Sep 5 , 2021
There is a good deal heading on right here. Image: Google When Truffles Tribeca, a luxurious rental on the northeastern edge of the neighborhood, opened in 2009, it was pretty au courant, with its polished concrete and dim-wooden floors, its jewel-tone partitions, its uncovered ductwork, and an 18th-century opium mattress […] 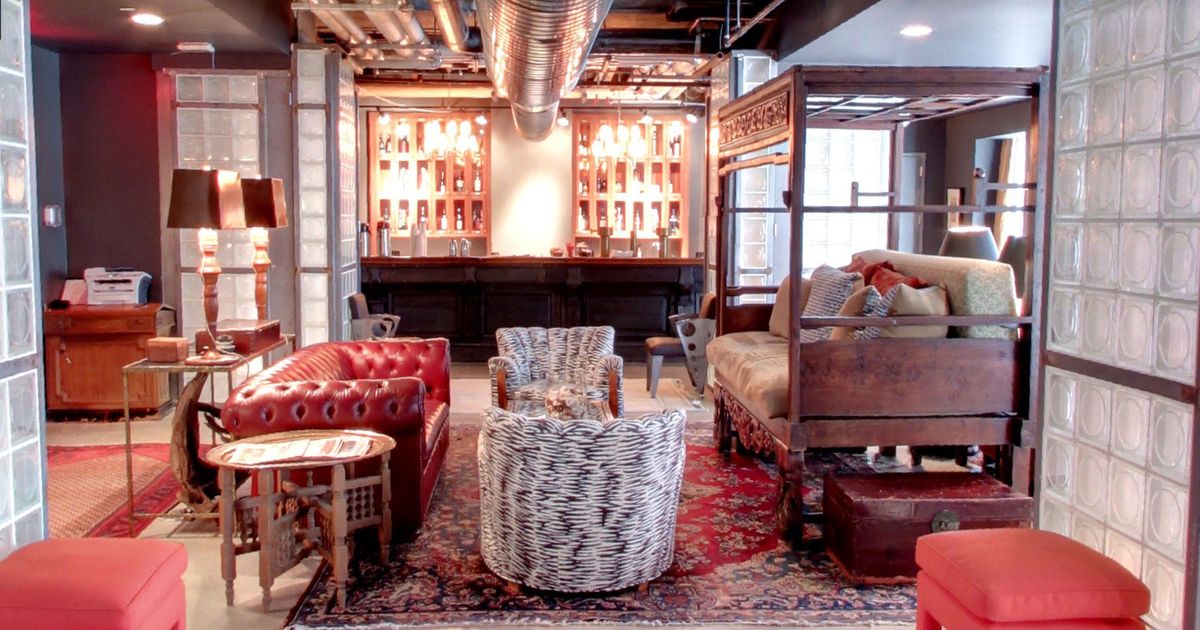